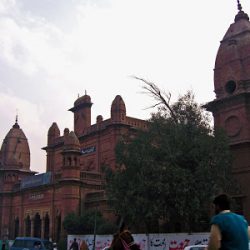 The city of Lahore has a Rajput origin. The earliest princes were said to be Rajputs and traditional panjabi tribal origins. Hieun Tsang, the Chinese traveller, who visited the Punjab in 630 AD, speaks of a large city, containing many thousands of families, chiefly Brahmans, situated on the eastern frontier of the kingdom of Cheka, which he says, extended from Read more about Hindu Heritage of Lahore[…]